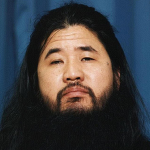 Stuff I Want to Do

Pretty much everything NamelessRumia wanted to do. I'll just copy and paste the stuff they said here (plus crossing stuff I've done off:

Retrieved from "https://spacefuneral.fandom.com/wiki/User:Oskodos?oldid=5027"
Community content is available under CC-BY-SA unless otherwise noted.